“So when I was sitting next to you guys on the plane, I thought you were Mormons,” confesses our new friend Junior,  a young Colombian guy, as we sat waiting for connecting flights in Fort Lauderdale, Florida. We laugh, but Junior is peculiarly stone faced.

Several weeks earlier, my housemate (who I’ll call ‘Chris’) had been sternly told that he would have to leave Colombia to renew his visa, having overstayed his allotted time by one day. The answer to this problem? Two men, two suits, no bags, no accommodation, a small pile of cash, and three days and nights to play with in Las Vegas. As much a challenge as a pleasure trip, the search for (free) places to rest was to be high on our list of priorities. And with forecasted nighttime temperatures of six degrees Celsius during our stay, the stakes couldn’t have been higher.

So perhaps the decision of two white guys to come from Latin America to the United States in black suits, white shirts, bright ties and leather shoes wasn’t quite thought through. But being a Mormon in Vegas does have its advantages. Strip club hustlers assure you that “Mormons like titties in the face too” and bemused, well meaning Colombians, Americans and Scandinavians will invite you for anything from a hot-dog to hash cookies to a gang bang, solely for the novelty of doing so with people who may or may not be Mormons.

The United States strikes me as a country founded on the idea of people have been having stupid ideas and thinking “Why can’t I do that?”. Why can’t I spend a few thousand on a giant motorcycle crashing through the wall of my bar? Why can’t I have steak and pancakes for breakfast? Come to think of it, why can’t I deep-fry that steak? Why can’t I gamble at 7am on a Tuesday morning? Why can’t I build a water-gobbling monstrosity of a city in the middle of a desert?

We saw a McDonalds manager beat up a disrespectful customer at 2am, then calmly ask for a replacement for his blood spattered shirt. We saw a guy holding a sign offering to “kick him in the nuts” for $20 and told him to get a job. A lovely couple almost same age as my parents invited us up to their beautiful suite for drinks and cookies, and then took us to a strip club. We saw a man in his boxers, covered in blood, on the casino floor of the Imperial Palace – at 10am. We cackled uncontrollably from a mixture of inebriation and fear on the roller coaster at New York, New York. We partied with a strange collection of people who inexplicably congregated on the street, some of whom let us sleep a few hours in their Venetian suite – they even let us try out the beds. Our ties flapped in our faces as we were spun and shot into the air 100 stories above the Earth on the roof of the Stratosphere. We watched a sunrise from what was possibly Vegas’ dingiest bar, and Chris collected prostitute business cards. A few sessions worth of roulette earned me almost $100 (black is lucky, people). No, we didn’t participate in a “gang bang”, but we hung out with a bunch of Norwegians who certainly wanted us to, at 9am no less.

But we made it, taking in more eye candy than a sane person can comprehend and becoming thoroughly disillusioned with the whole place in the process. Soon after the last photo in the following selection, I caught a bus to Los Angeles and Chris spent the day wandering the strip and trying to get rid of an 8-ball which he eventually gifted to a Bumblebee-from-Transformers lookalike. He made it home in nothing but the suit, while I was only five hours on a bus away from a shower and clean clothes. Vegas probably isn’t a place I would go back to – you need a lot of money to really take advantage of everything it has to offer, and I can think of a million other things to do with that sort of cash. But it was hell fun, and Chris got his 90 new days in Colombia. Mission accomplished. 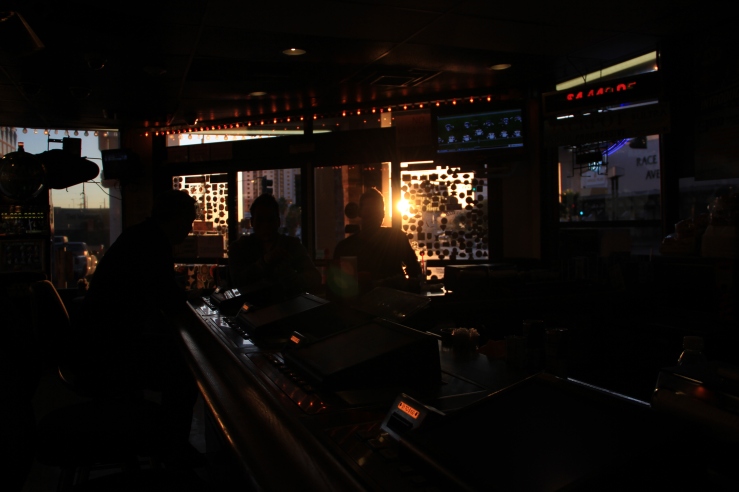 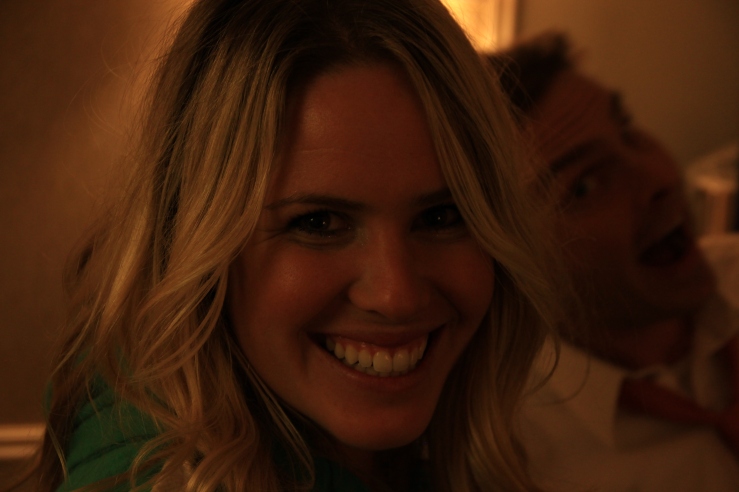 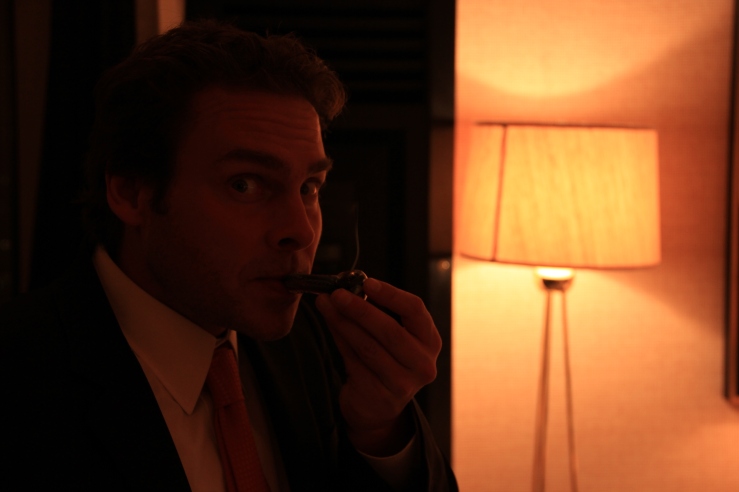 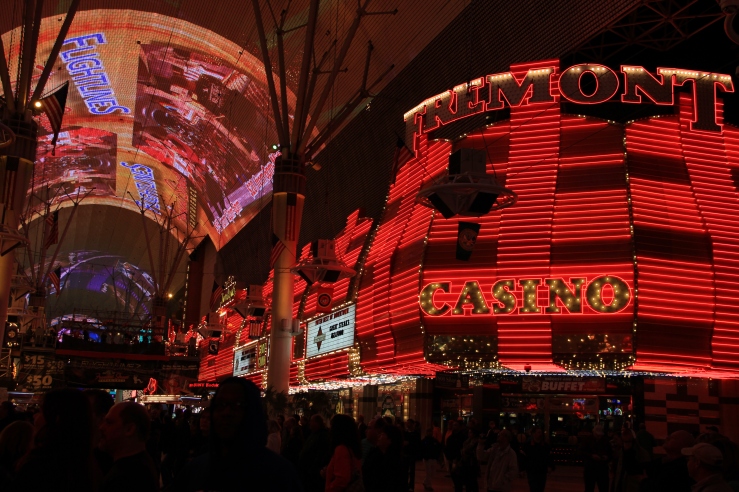 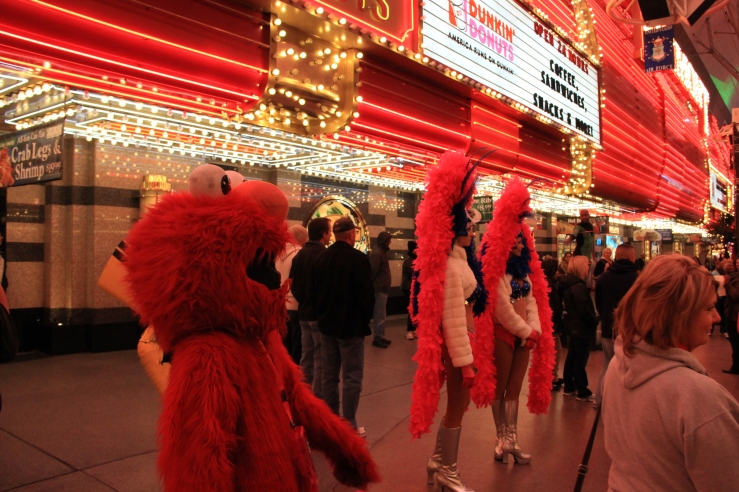 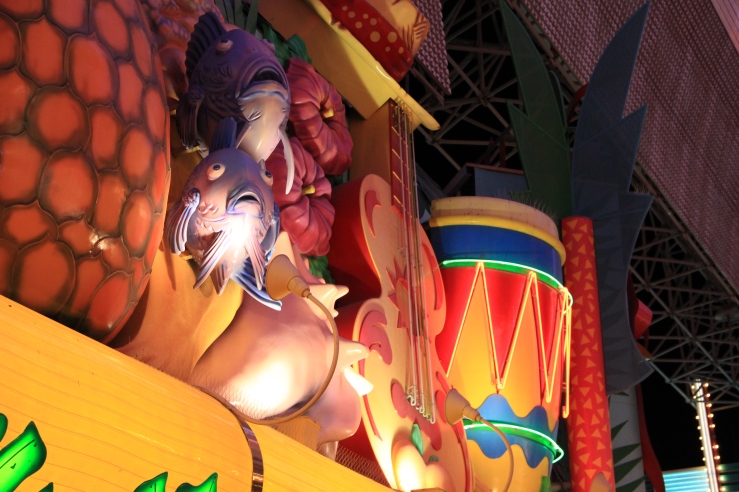 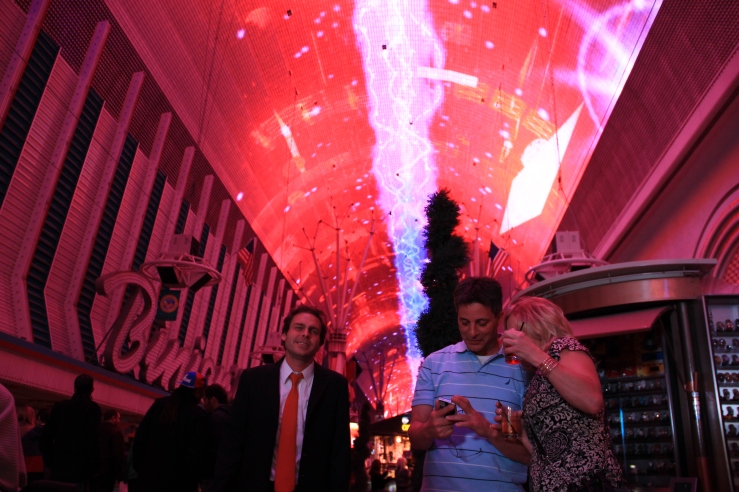 3 thoughts on “The Vegas Adventure”